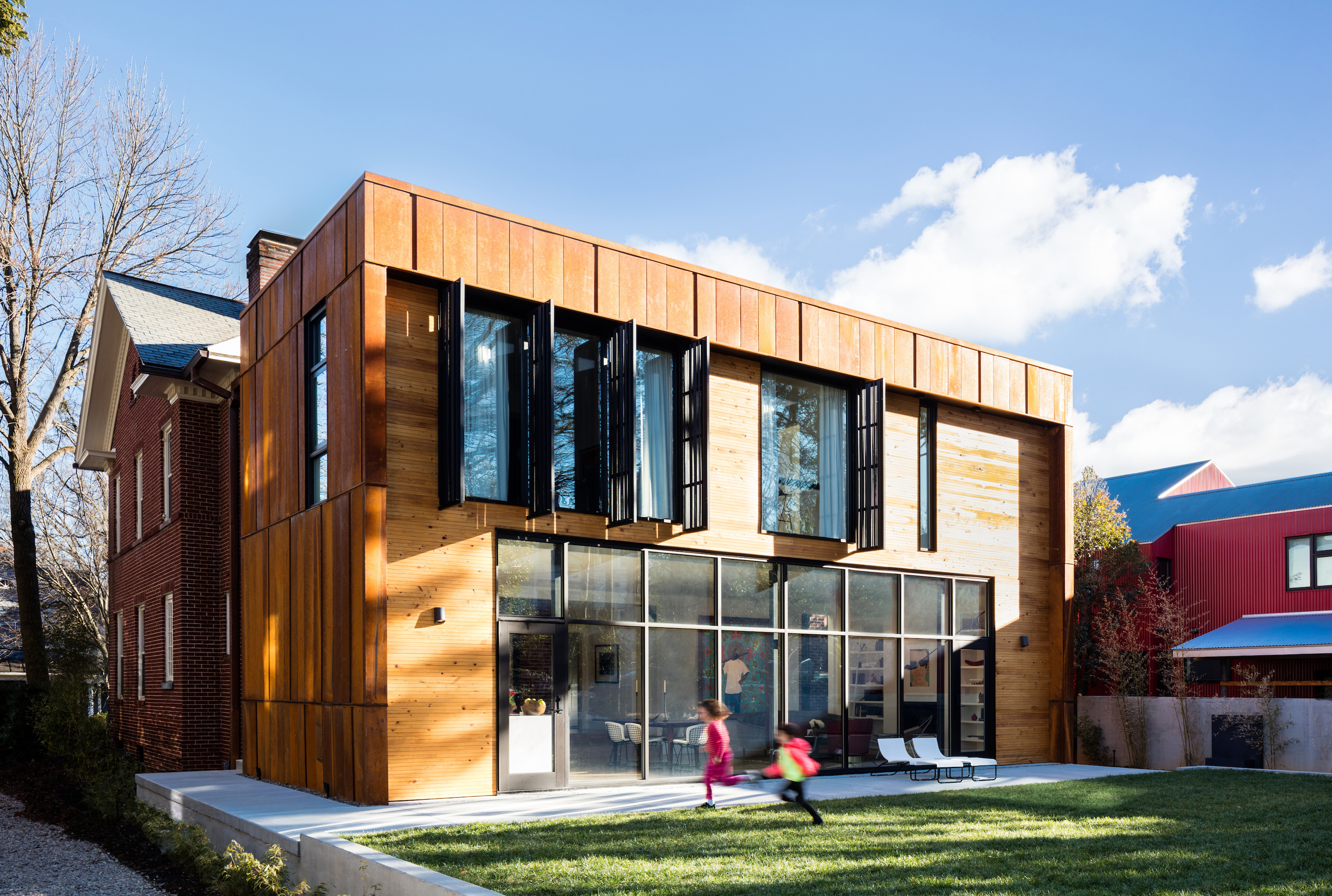 The project involved designing a modern, 1500-square-foot addition for a two-story, red brick, Georgian Revival-style house built in 1916 in a historic inner-city neighborhood with narrow lots and minimal set-backs between houses. The addition would become the primary hub of activity for a growing family and an ideal space for entertaining. Programmatically, it would include an open kitchen, dining, living area and a spacious master bedroom suite. 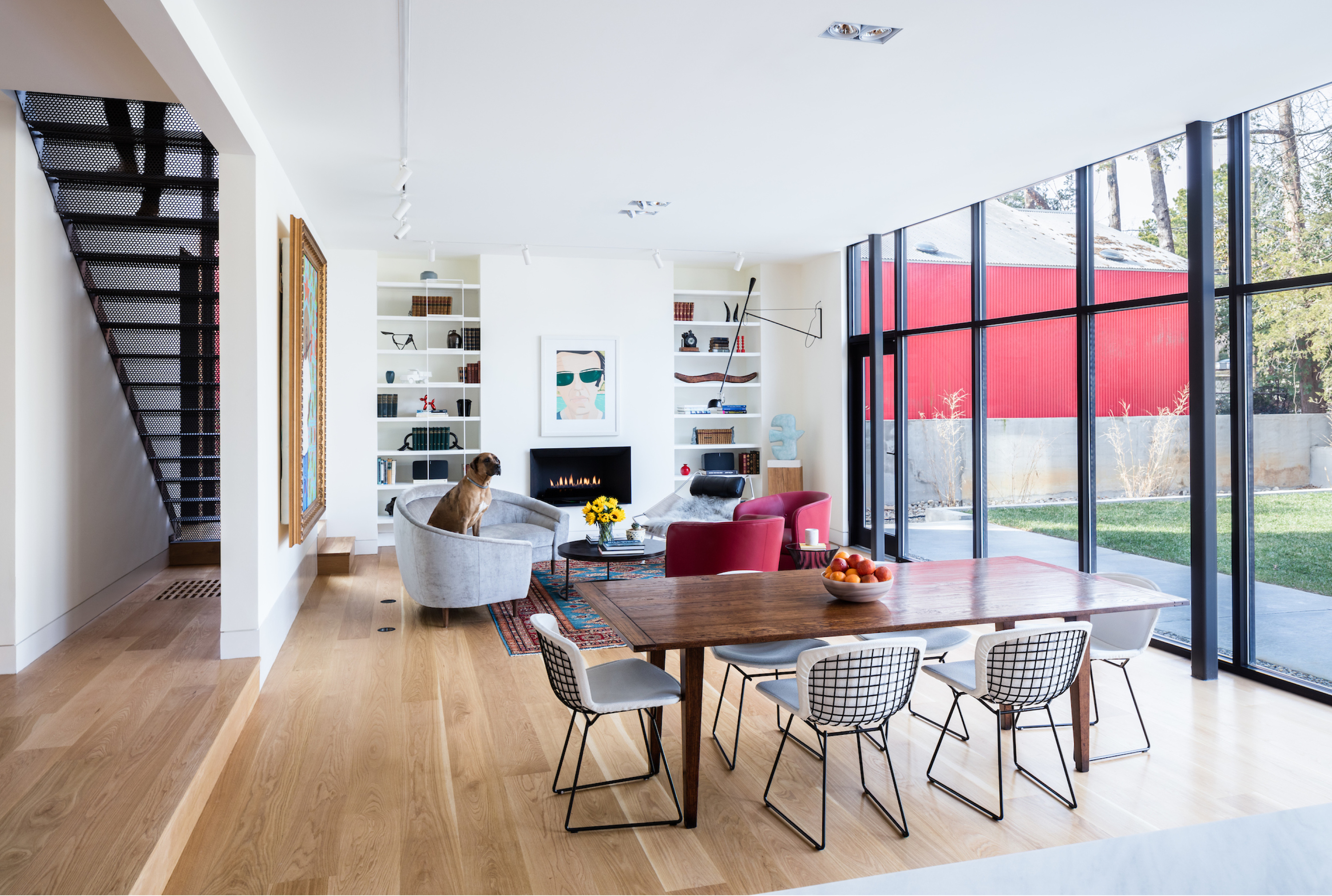 Inside the Hillcrest addition.

Inside the Hillcrest addition.To uphold the general scale of this neighborhood and the manner in which the existing house has addressed the street for over 100 years, the addition’s mass is held within the outer planes of the old house, tucked against its rear elevation. And unlike other proposals the owners had seen, the plan divided the public and private spaces between two stories rather than letting the new construction consume the majority of the property. As a result, the architects retained a generous backyard for outdoor play space.

For the exterior walls, the architects chose Corten® steel because it is as durable as the old house’s brick veneer and it relates to its color tones. The wood siding at the rear elevation adds an element of warmth to the rugged steel, similar to the way in which the old house’s white wood trim creates softer edges against the brick.
How the existing house and the new construction linked together structurally presented the challenge. READ MORE…